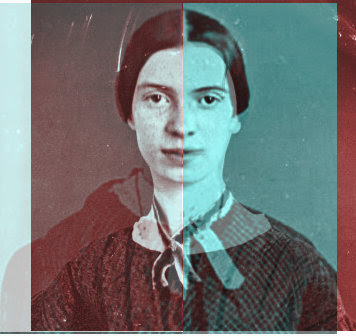 At times, it gets a lot louder.

Lately, I’ve been trying to make sense of what anxiety’s saying. As it turns out, some of the best translators are the same people so often described as opaque, confusing time-wasters: poets. Sometimes poets come up with direct translations, and sometimes they’re more roundabout, but their ability to make sense out of anxiety’s nonsense is always invaluable.

One of these more direct poets showed up for me at my weekly meditation group. Our teacher had been talking about compassion for the self for about 45 minutes, and I’d been listening for about 25. Summing up, she read 'With that Moon Language' by the Persian mystic Hāfiz. The poem begins with a simple, devastating statement:

I’d spent a lot of time talking to an ever-patient therapist about this exact issue, exasperating the guy with my inability to drop my unhealthy obsession with others’ opinions. I have no doubt his advice was wise and practical, but it never did sink in.

Hearing my therapist’s message via Hāfiz, I felt spot-lit – as if someone was speaking to me through time. His poem ends with a disarming question:

Finally it made sense. This need for love from all directions – from your mum, your pet, the woman who sells your lunch – is just part of being a member of the huge, dysfunctional human family. We’re always looking at each other, always longing for each other’s love. So we might as well just...give it.

I found my next translator poet pasted on the bricks of a Melbourne laneway. Nestled between posters for local bands and life drawing classes, Emily Dickinson stared out at me from the wall, her words printed in cursive across her own stoic face:

Standing in the freezing laneway, I wanted to thank Emily for drawing something so beautiful out of the dark she was feeling (or at least to thank the industrious hipster who bothered to make the paste-up). All I could do was marvel that what I felt on this cold, unremarkable day had already been captured and distilled into perfection over a hundred years ago.

My collection of poems that make sense of anxiety is slowly growing, ready to break out whenever exercise fails, food tastes like paper and sleep doesn’t come. On those particularly sleepless nights, I turn to a poem by David Brooks.

I think David wrote this quiet haiku, 'The Way Back', for his wife Teja, but I feel it’s there for all of us who spend hours lying awake next to someone who sleeps easy:

To anyone overwhelmed by those opaque and confusing people known as poets – you don’t have to learn to speak their language. They’re already speaking yours.